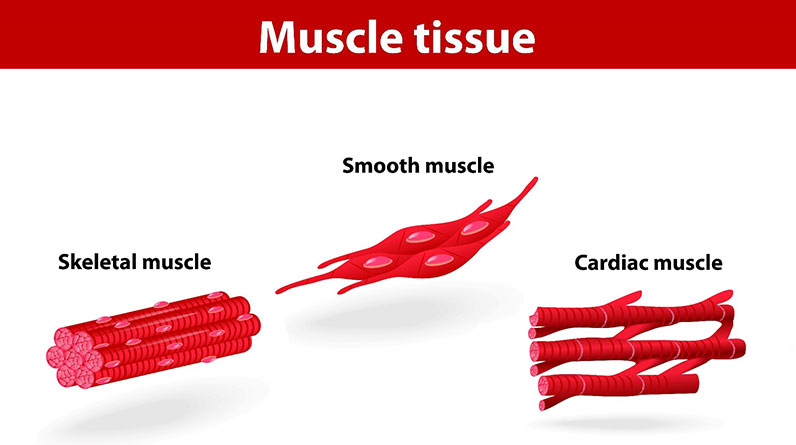 While exercise is commonly grouped into a rigid, singular activity, there are actually endless forms of exercise, each requiring its own set of unique muscular contractions, muscle fiber types, energy sources, and physiological demands.

When it comes to an athlete’s physiology, several factors influence the performance and health of the body. Moreover, the demands of a given sport or physical activity require a certain level of generated force and power by the musculoskeletal system.

Thus, many factors are linked to the makeup and functional capacity of the muscles that contribute to an athlete’s performance.

In what follows, we’ll be highlighting the basics of physiology and anatomy that apply to energy production, muscular contraction, and muscular performance of an athlete.

What is Exercise Physiology?

Physiology in general is defined as the study of the form and function within the human body.

Exercise physiology, which is often interchangeable with muscle physiology, is the study of the mechanics and musculoskeletal functions of the human body as it pertains to exercise and movement.

In order to gain a basic understanding of exercise or muscular physiology, it’s best to learn some basics about the cellular makeup and anatomy of the muscular system.

The purpose of this section is to provide you with an overview demonstrating the importance of muscle physiology and the role that it plays in exercise performance.

By definition, the muscular system is responsible for controlling the movement of our body and internal organs, allowing for proper posture, and promoting healthy blood circulation.

The muscular system is made up broadly of three types of muscle, each containing hundreds of thousands of muscle fibers that are broken down further into three main subtypes.

The three main types of muscles are as follows: Skeletal, Cardiac (i.e., the heart), and Smooth (i.e., internal organs and eyes). In this content piece, we’ll be focusing on the skeletal muscles of the body.

The movement or contraction of a muscle is due to the singular muscle cells that are grouped together within muscle fibers. By working together, muscular cells are able to generate movement, and force and power are able to be exerted.

When it comes to producing muscular energy, there are three main systems at play depending on the muscle activity. The three energy systems are as follows:

During exercise, these individual systems are at work at different times during different exercises. In the following, we’ll take a deeper look into the roles of each. Before diving in, however, it’s important to define the following term, ATP (adenosine triphosphate).

ATP is simply the primary carrier of energy within the cells of our body. In the area of muscle physiology, it’s mainly responsible for sustaining muscle contractions. ATP is much more valuable during aerobic exercise versus anaerobic exercise.

This is an anaerobic energy system which is strongly associated with short-term, high-intensity activities. The term anaerobic means that the energy is produced without the use of oxygen. The phosphagen system, however, doesn’t have the capacity to produce or store ATP in large quantities.

When anaerobic activity lasts more than 20 to 30 seconds, the phosphagen system retires and the glycolytic system subs in.

Even though this is also an anaerobic system, it has the capacity to produce and store much more ATP for activity. In the glycolytic system, glycogen storage in muscles breaks down to glucose which helps make more ATP in the cells for energy.

Distinct from the phosphagen and glycolytic systems, the oxidative system is 100% aerobic (uses oxygen). The oxidative system takes over for energy production at around the 3-minute mark of exercise. It is the main system for endurance activities.

While the oxidative system produces less ATP than the anaerobic systems, its use is much more efficient, making it an ideal energy system for long-distance runners.

Note that all three energy systems are always active at once, however, each has a time and place in which they’re dominantly active.

The Effects of Resistance Training on Muscular Performance

The result of resistance training on muscular performance is the creation of muscles that are larger, stronger, and leaner. This is accomplished through an increase in muscle fiber size as well as an increase in the number of muscle fibers. The ultimate result of resistance training with respect to muscular performance is the fact that the trained musculature is able to distribute greater force on a given load.

The larger the muscle, the more mitochondria, glycogen stores, and phosphocreatine. This is, in short, why larger muscles are known to produce greater force and power.

Resistance training is a huge benefit to the musculoskeletal system in general, and it also provides helpful hormonal, immunological, and metabolic effects.

Muscle tissue is made up of muscle fibers, which are comprised of single muscular cells. When an outside stimulus triggers a muscular response, the muscle cells work in tandem to contract the muscle.

Resistance training is arguably one of the most beneficial and effective activities one can implement into their daily health and fitness regimen.