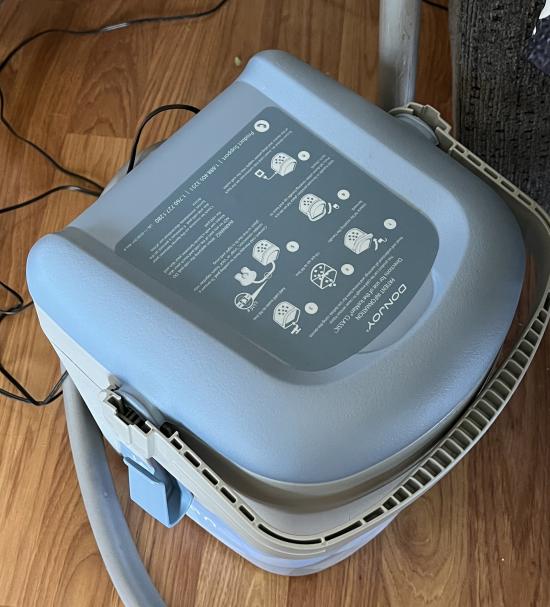 Recovering from total knee replacement surgery can be an excruciating process. There are the constant worries about swelling and infection and the challenges that come with managing a shelfful of post-operative prescription medications.

As trying as this process has been for me, it has without a doubt been much worse for my wife. After all, she’s the one who had the surgery and has patiently been my patient for the past few weeks.

For both of us, it was scary for me to be put in charge of her recovery. This is because I don’t exactly have a stellar record regarding such things.

For instance, when my wife and I were dairy farming and had two young sons underfoot, I would sometimes be put in charge of our little rapscallions. My attitude toward childrearing was similar to my philosophy for raising calves: just make sure they have plenty of feed and water and let them be. If they should start to look peaked, give them a dose of whatever medicine you might have on hand. It’s a good day if everyone is still kicking come nightfall.

Call it instinct, but my feeling was that this system wouldn’t cut it with my wife.

I spent the night after my wife’s surgery in the hospital with her. I tried to sleep on a couch that was the size of a 2 X 12 plank and just as hard. Ensuring that we didn’t get too comfy was probably the hospital’s way of gently urging us to go home sooner rather than later.

The hospital gave us several parting gifts as we left. One was a nifty little doodad called an ice machine (pictured above). This was incredibly thoughtful, as our fridge doesn’t have an ice maker. I looked forward to enjoying an infinite supply of frozen water.

The medical staff also gave me instructions regarding the administration of pain meds. Their guidelines were only slightly less complex than the instructions for building a Death Star.

As soon as we got home, my wife requested the ministrations of the ice machine. That’s when I learned the gizmo doesn’t make ice; it has an infinite appetite for the stuff. Over the next several days, ensuring the machine always had ice would become my obsession.

In addition to serving as my wife’s nursemaid, the responsibilities for household operations fell upon my shoulders. Where did all these piles of dirty clothes come from? Why don’t the dishes miraculously wash themselves anymore? Up until now, I’d thought my wife had an odd infatuation regarding the amount of laundry detergent and dish soap we have on hand. I began to empathize with this fixation.

The patient made slow but steady progress during the first few days. She slept a lot, but this was understandable considering everything she had endured, including my ham-handed attempts at cooking. I came to realize we wouldn’t starve as long as I could operate a can opener.

On the afternoon of the fourth post-operative day, I noticed the patient was looking a bit peaked. If she were a kid or a calf, I would have begun to rummage around in the catchall medicine cabinet.

I knew something had to be done when she developed a fever. I found it deeply troubling that she didn’t protest when I said we should go to the emergency room.

There are few things more frustrating than dealing with traffic when you have a languishing loved one riding in the car with you. Why is everyone driving so slowly? Don’t they realize my wife needs medical attention right now?

Anyone who has ever spent time in a hospital is familiar with the concept of “hurry up and wait.” We had to wait for the ER doctor to see us, then wait for medical personnel to take blood, take x-rays, and perform an ultrasound, all while asking my wife repeatedly for her name and birthdate.

Nothing was found to be amiss, and the patient’s temperature gradually returned to normal. The medical staff gave us a collective shrug and a “Huh. Beats me what was going on here,” and sent us home.

People often complain that they have boring lives. I’ll gladly trade boring for events such as that.

The patient is now doing very well, thank you, and is making steady progress toward her physical therapy goals. The ice machine is consuming much less ice these days, and managing her pain meds has become a lot easier.

Things are slowly returning to normal at our house. I can tell because the dishes are miraculously washing themselves once again.

About the Author: Jerry Nelson and his wife, Julie, live in Volga, South Dakota, on the farm Jerry’s great-grandfather homesteaded in the 1880s. Daily life on that farm provided fodder for a long-running weekly newspaper column, “Dear County Agent Guy,” which became a book of the same name. The book is available at Workman.com and in bookstores nationwide.