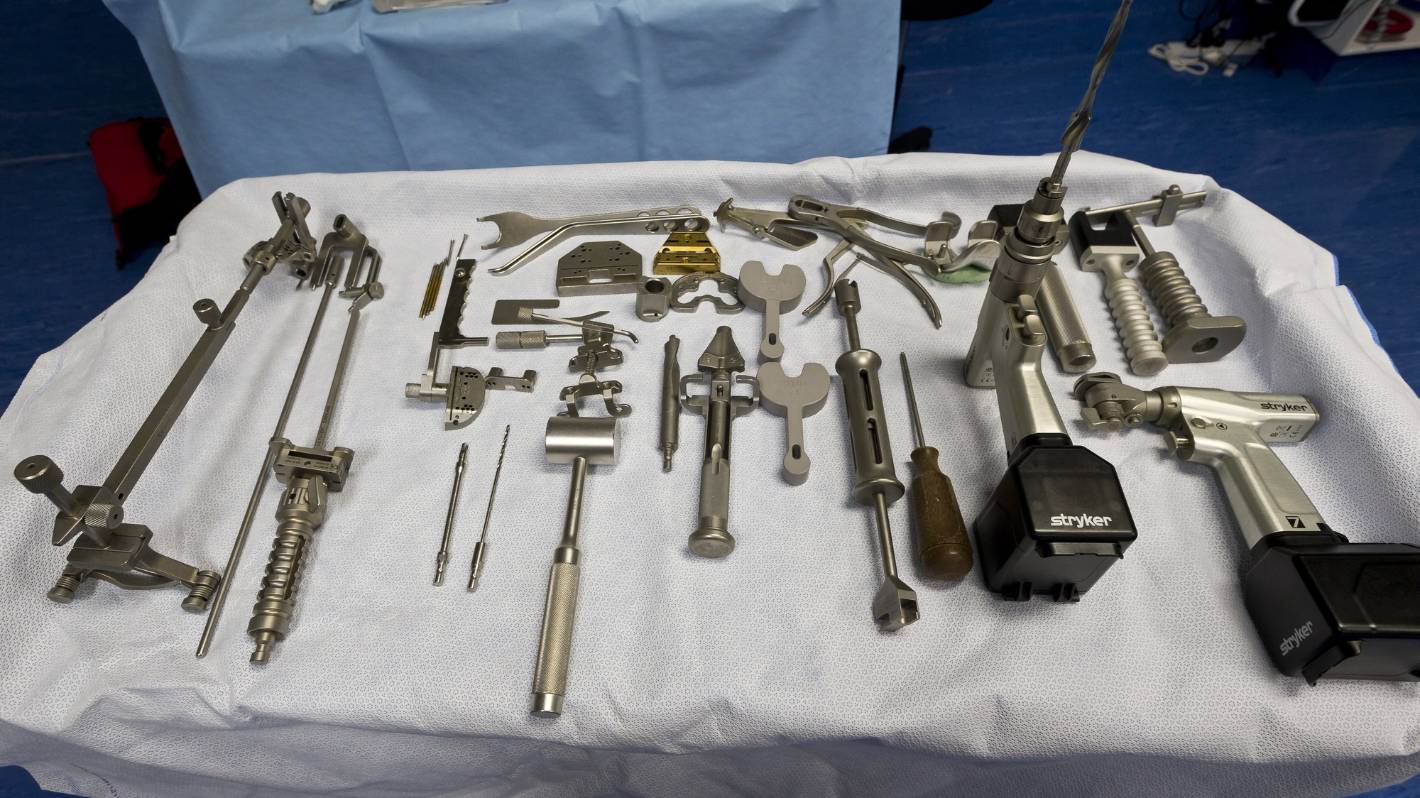 Orthopaedic surgery involves a large assortment of tools, including drills like those seen on the right, used to bore holes in bones. (File photo)

A patient undergoing a double hip replacement had to be woken up with the job half done when moisture was seen on drill bits intended to bore holes in their bone.

According to official documents from Te Whatu Ora – Health NZ (HNZ), the incident is the only time sterilisation issues caused a surgery to be abandoned in Wellington hospitals in almost two-and-half years, but a hospital staffer claims there were others.

“[Surgical equipment] was coming back damp which is a sign it’s not properly sterilised, so we were cancelling cases because we couldn’t guarantee things were sterilised,” said the staffer, who Stuff agreed not to name in order to protect their job.

“There was a bit of a standing joke that Friday hip surgeries were jinxed after about three instances where the wrap on the instruments had been compromised.”


* ‘Debris’ from previous surgeries still on ‘sterilised’ surgical instruments
* Steriliser that cleans surgical equipment in Hawke’s Bay Hospital was never turned on, review finds
* Hospital sterilisation units are not audited by the Health Ministry but may be after Hawke’s Bay incident

Details provided under the Official Information Act revealed how the operation in January 2021 was stopped after one hip had been completed “due to a sterilisation issue with wet drill sets”.

As a result, their second hip replacement was deferred four months till May 2021.

“On setting up for the second [hip replacement], all available drill sets were found to have had moisture,” director for the Capital, Coast and Hutt Valley district, Dr John Tait, said.

These drill sets all came from the same load, he said. The steriliser had been inspected and calibrated the week before the surgery.

The incident was investigated and an inspection of the steriliser and metal instrument crates found steam was being trapped.

“A decision was made to transfer drills to a tray and surgical wrap system. The above actions addressed the issue,” Tait said.

Orthopaedic surgeries tend to use a lot of tools – so overloaded trays seemed to be causing the issue, the staffer said.

The staffer agreed sterilisation issues were not ongoing – equipment upgrades and running drills through on their own had helped.

But they described another case more than two years ago at Kenepuru Hospital, where they were present.

“We got the patient into theatre and then they go: ‘Wait, stop, this stuff is still wet. We can’t use it.’”

When Capital & Coast was asked about this case in June, director of provider services Joy Farley said it could not find that particular incident, but stated sterilisation issues were not ongoing.

“However there are occasional occurrences of damp packs that can be caused by … issues related to tray packing, wrapping, or steriliser loading; steam supply issues; and environmental issues related to storage such as temperature and humidity,” Farley said.

“In the rare event that a damp pack or tray were identified, we have sufficient instruments to source a new set – and only on a very rare occasion would it be specialised instrumentation where a back-up set may not available.”

Along with daily audits of all equipment processing, regular preventative maintenance and validation was carried out on all sterilisers, Farley said.

“Standard checks are followed during the decontamination and sterilisation processes, and before the release of instruments for use in surgery.”

Theatre nurses also performed extra checks to ensure instruments were sterile, including checking for damp packs, which was in line with national standards, Farley said.