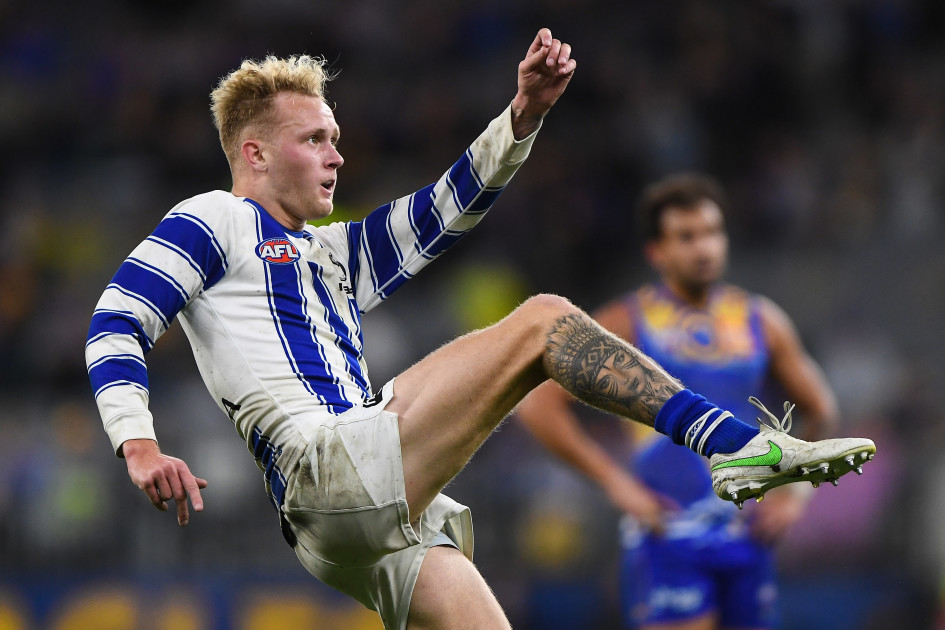 North Melbourne young gun Jaidyn Stephenson has suffered a fractured hip after falling from a bike at his home on Friday.

Stephenson was admitted to hospital after the incident and will see a surgeon on Saturday to determine the next course of action.

“After having had drinks at home with his housemates, he attempted to perform a trick on his mountain bike off the back deck. He lost balance and fell onto a concrete paver,” he said in a club statement.

“Initially, after the accident, Jaidyn was able to walk but the pain progressed to a point that an ambulance was called.

“He was kept in overnight and he looks like he might be laid up for a while. At this stage he’ll have a stay in hospital while his surgeon decides whether he’ll need surgery.

“It puts a dampener on what was a promising season for Jaidyn. We’re disappointed with his poor judgment and his reckless action has resulted in quite a painful injury for him.”

2021 was Stephenson’s first year with the Roos after being traded from Collingwood at the end of 2020.